Hi everyone! Looks like there is much to say after being MIA for a while. Let me assure you that a lot of that time was dedicated to prepping inventory for the MISTI-Con craft faire, and then after the con, it was recovering from Post-Con Depression and con crud. Anywho, I’m back again! I can also tell you that in 2015, I’ll be going back to Laconia to sell again since there WILL be a MISTI-Con 2015!

MISTI-Con 2013 was such a success overall. The last time I went to Laconia was for Aeternitas 2011, and the hotel staff and the accommodations were lovely. A free continental breakfast for guests is always lovely and my roommates were awesome! The drive up was a bit of hectic because of the traffic in Boston AND Manchester. But I got there with all my stuff in one-piece, checked in and met up with my sister. We eventually met up with our roomies and caught a little bit of the Opening Gala that was happening in the tent.

Oh, and look! Photos! Just a note that most of these photos are credited to my sister, since I didn’t have much time to take many!

This is a big tent. A VERY big one where ALL THE THINGS were happening at the con (craft faire, Mother’s Day brunch, Masquerade, etc.) 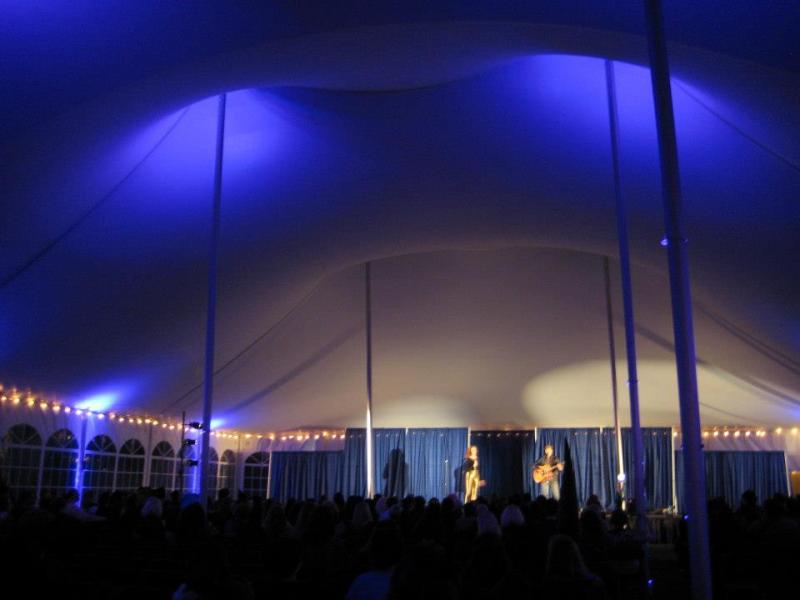 Friday gave me a little bit of chance to attend panels and dress up Hipster!Cho Chang. That fountain in the back…made my very dear Snape friend who made ALL the props for MISTI. She is one talented lady! 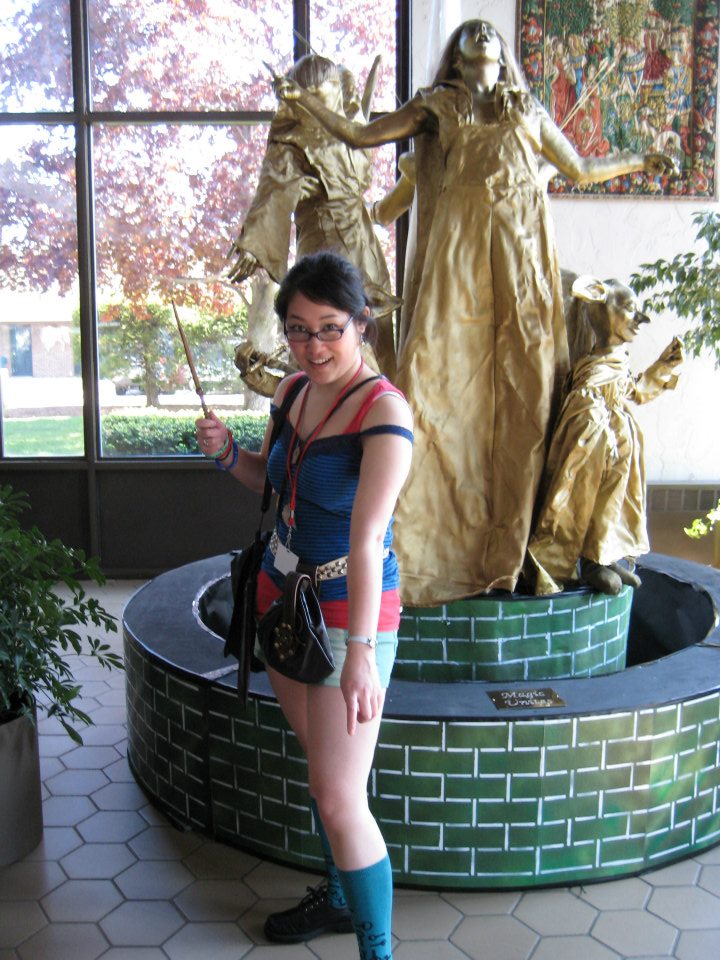 So the craft faire…went really well! There were some many lovely crafters selling their wares and I got to table next to two of my friends (one selling fandom alpaca soaps and the other selling her books). In the end, I did wayyy better than I thought I would, and I was able to network with a lot of customers. The chibi magnets sold like hot cakes. I was also able to sell out of fandoms teas and sell a good chunk of custom notebooks. 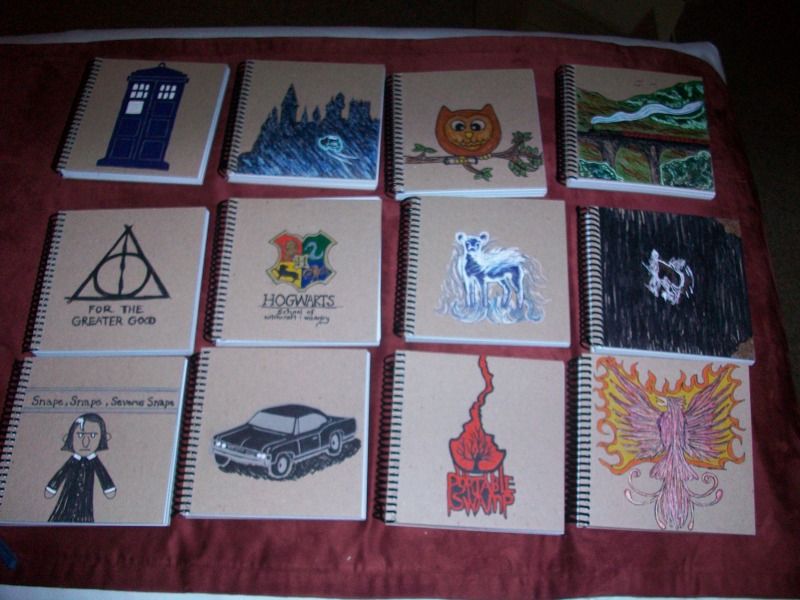 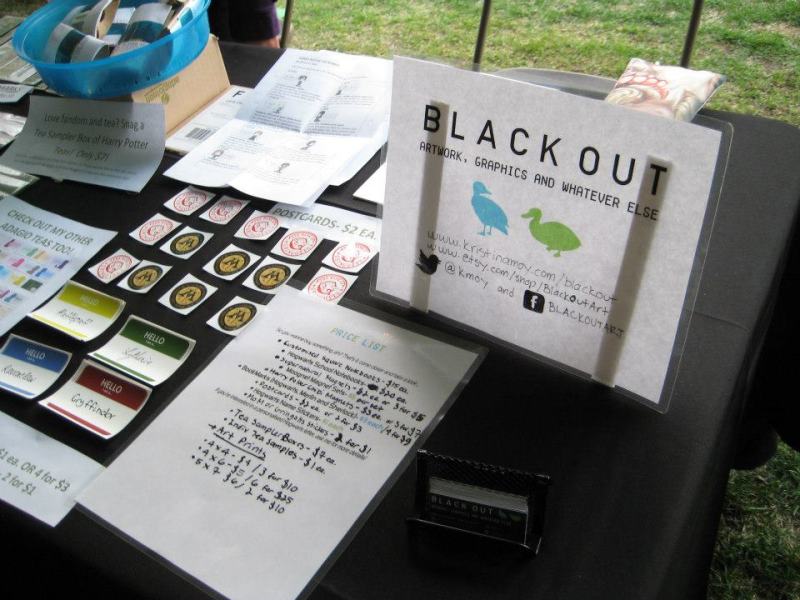 I do think that I could have done a hell lot better with my table set-up as it was only slightly similar to what I planned back at home. There’s always next time of course, but placement of signs and products can easily affect how your sales will be. I suppose it also didn’t help that it was bloody humid and by the end of the evening, my sad signs were drooping. And that I hadn’t had much to eat by the time the faire ended. So lessons learned:

My black tablecloth helped a lot, since the default was a short white one for each table. I was easily able to stand out and hide my stuff underneath. If I can, I might see if I can paint my brand name on that for better visibility. We’ll see! But the teas…omg! There were so many tea lovers and I’m hoping maybe to host a tea party of something in 2015. This experience was a test for me to see if I could handle a table and sell my stuff for a few hours, so I think I should be okay for future events! 😀

The other things I loved about this con: the little props my friends made and the cosplay. Seriously. Hanging out with these lovely folk was such a pleasure! And even the Harry Potter-inspired board games! They have HP Twister every year but there was also HP Guess Who and Potter-opoly. My lovely roommate also made a deck of HP Apples-To-Apples, which was quite fun to play! 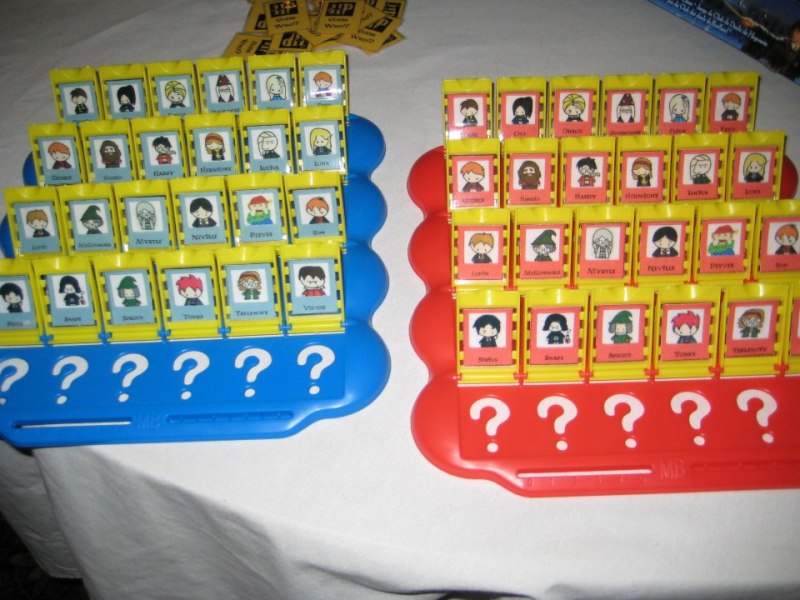 It’s Fawkes and some Hogwarts Ghosts! And me duelling on of my friends, and a Masquerade shot! 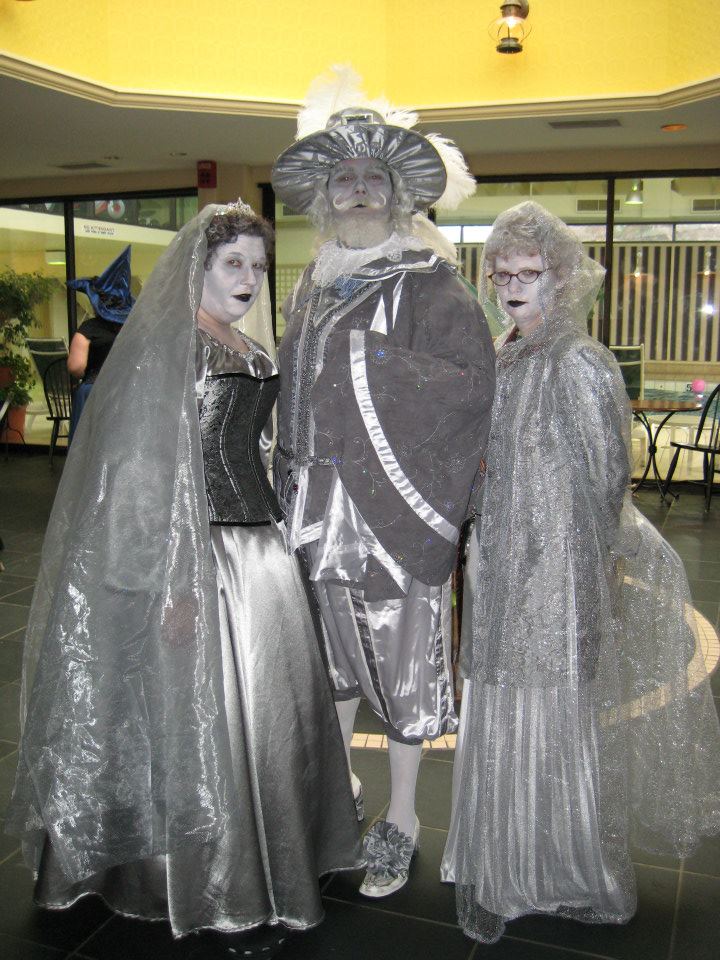 Of course, good things always come to an end and after 5 wonderful days it has time to head back home. Group shot of the Portable Swamp crew!

One of the best conventions I’ve been to, not only because of the people but just because it was like going to a family reunion. So, if you’re a Potterhead and you’re looking for an HP con to go to in the next couple years, make sure to consider MISTI-Con 2015! I’ll be planning for the craft faire again, as well as a tea stuff and hopefully a quidditch track (demos, presentations and the whole nine yards).

I’ll be putting the rest of my convention stock up later today, so don’t forget to check my Etsy shop if you want stuff!

This site uses Akismet to reduce spam. Learn how your comment data is processed.

And this is all the wall art I have left up within my entire apartment since I'm moving this weekend! The bare walls are making me sad, so I'll keep this up for one more day... #fandom #geek #sherlock #homedecor #homeoffice #moving
New gaming area coming very, very soon... #newhouse #adultlife #adulting #livingroom
March is proving to be chaos so far with a pandemic, cancelled events and other shenanigans, but at least it's been pretty nice outside so far? #calendar #plants #march #worklife #2020
This dog is way too tired. #puppy #goldenretriever #dog #animals